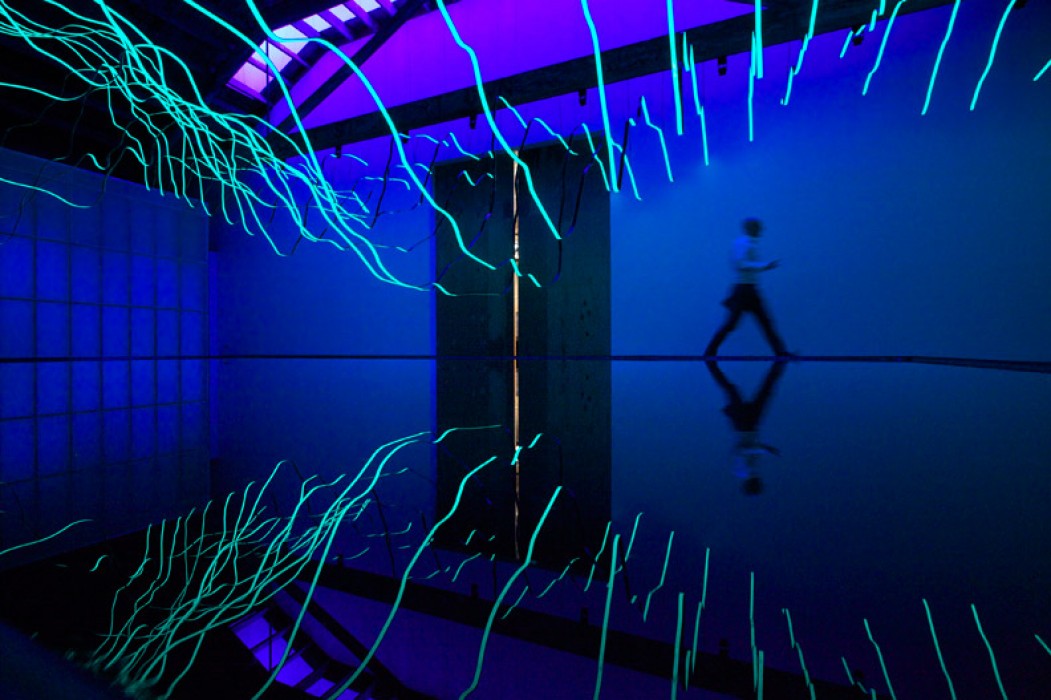 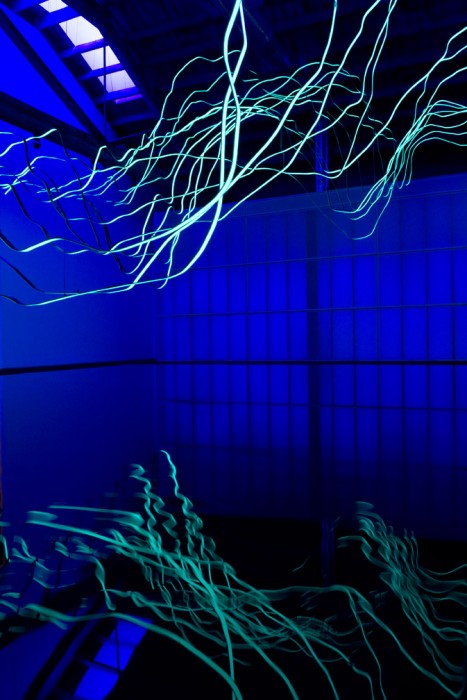 The word grotesque comes from the word grotto, the distortion or warping of an image that is reflected in the water of a cave. The title is further defined with the addition of Arabesque: an elaborative application of repeating geometric forms that often echo the forms of nature. Here the arabesque framework articulates a repeating pattern of contour lines that define the interior of the cave, complete with stalactites. The contour lines glow with electroluminescent ribbons of aqua colored lighting mined from rare-earth phosphors. Dripping water distorts the architectural arabesque into a grotesque dance of light and dark. 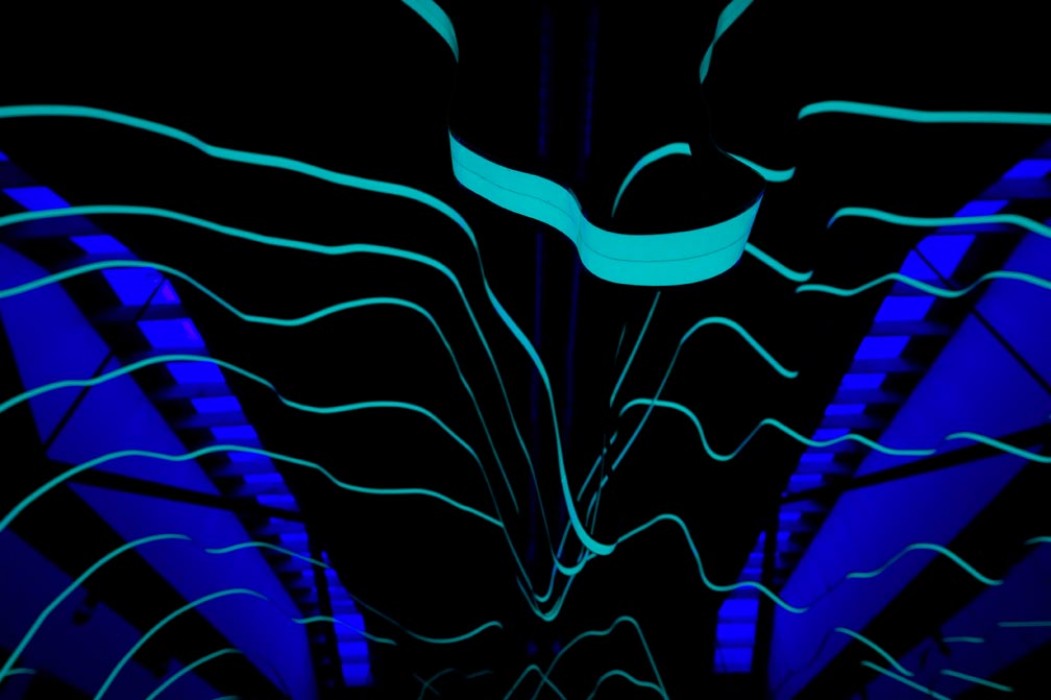 GROTESQUE ARABESQUE is an immersive art environment transforming Suyama Space into an otherworldly, light-filled cave created by turquoise-colored electroluminescent tape on meticulously bent, contour-drawn flat bar steel. The glowing cave ceiling is amplified by and reflected in a large reflecting pond below. A saturated indigo illuminates the space through dark blue filters covering the gallery skylights, while a 25 foot wide mirror multiples and further distorts the experience.

Grotesque Arabesque was inspired by Corson’s visits to a series of caves in the Yucatan as well as Etruscan grottos, catacombs, and cisterns he explored during a residency in Civita di Bagnoregio, Italy in 2008. Caves hold an extreme fascination for the artist, primarily because they represent for him a threshold into another world, connecting us to the unconscious and to the dark mystery of Nature. 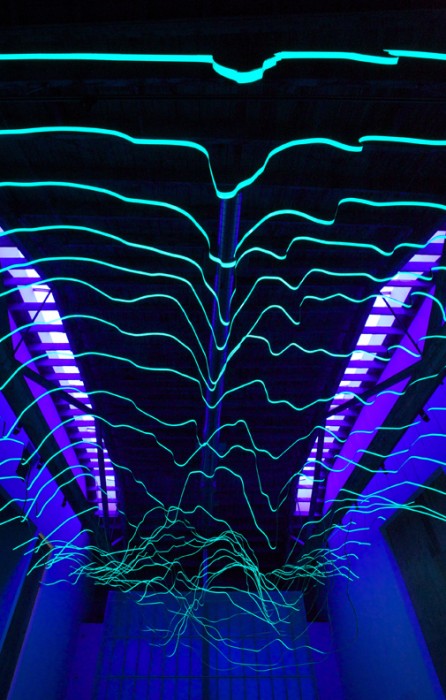 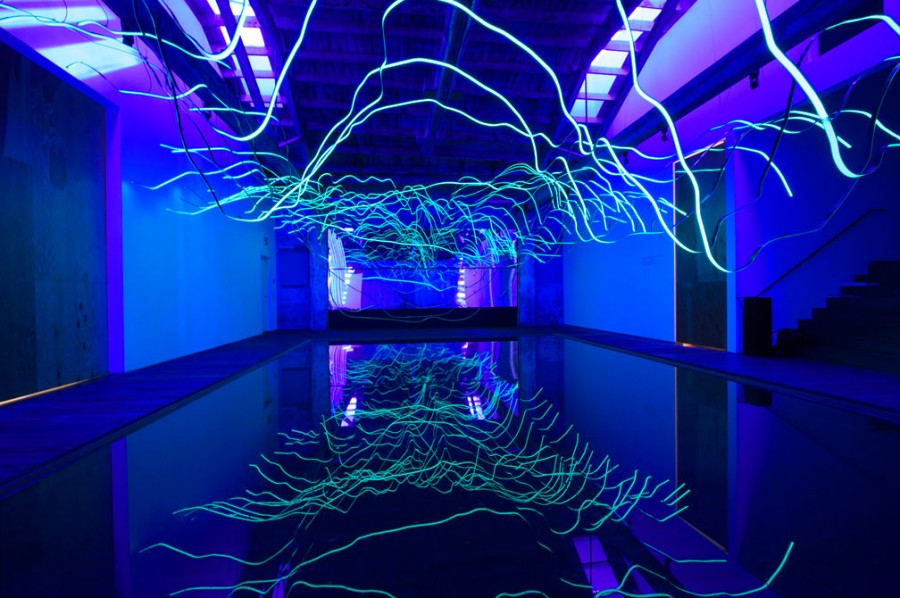 Grotesque Arabesque is made possible through funding from 4 Culture Arts Sustained Support, City of Seattle Office of Arts & Cultural Affairs, the Suyama Space Friends, and was curated by Beth Sellars in partnership with Space.City. Artist support is provided by a special project grant from 4Culture. Photo credits: Frank Huster, Will Austin and Dan Corson