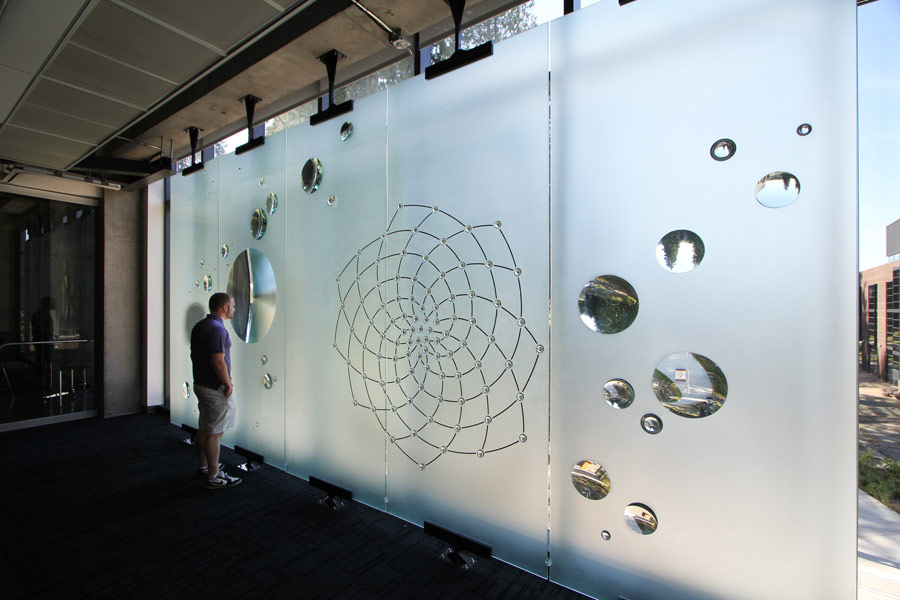 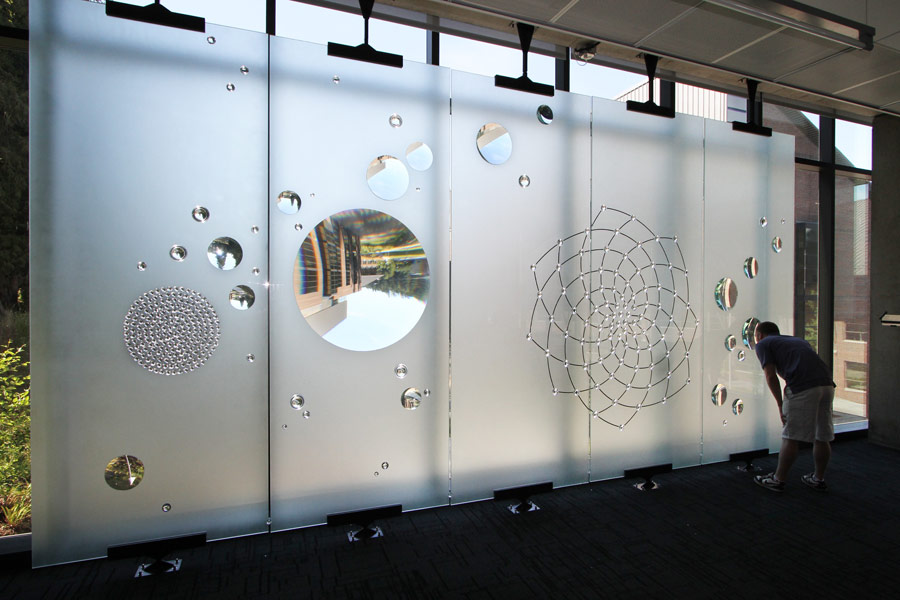 The project title Compound Sight, refers to insect eyes where a variety of lenses make up single a “compound eye”. There are many ways to see, and we all see in unique ways and focus on things from our own perspective. It also refers to the nature of the co-laboratory wherein the artwork is housed. In the co-laboratory, students are encouraged to collaborate and “mix”, deeply observe and explore. Hopefully encouragement from multiple lenses will stimulate thought, interaction and foster an alternate and creative perspective to reveal itself. Perhaps like the nature of a compound eye, many images combine into a singular vision. 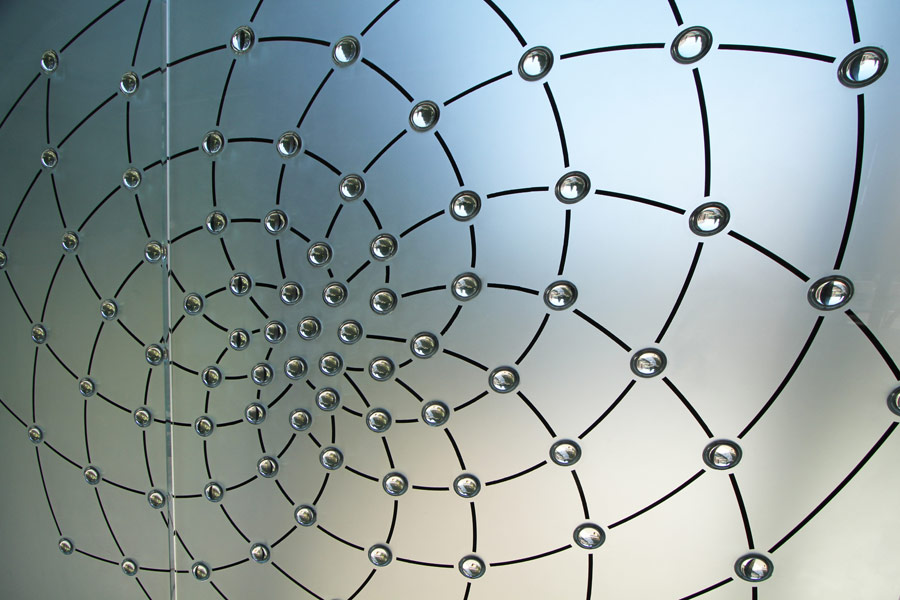 This pattern represented is that of the Fibonacci Sequence (a series of numbers where a number is found by adding up the two numbers before it). This pattern is represented in the architecture of the building, but also is found in many natural patterns including spiral galaxies, hurricanes, sunflower seed growth patterns, the chambered nautilus and many other forms of nature. The pattern is also utilized in an adjacent project Fibonacci Echoes 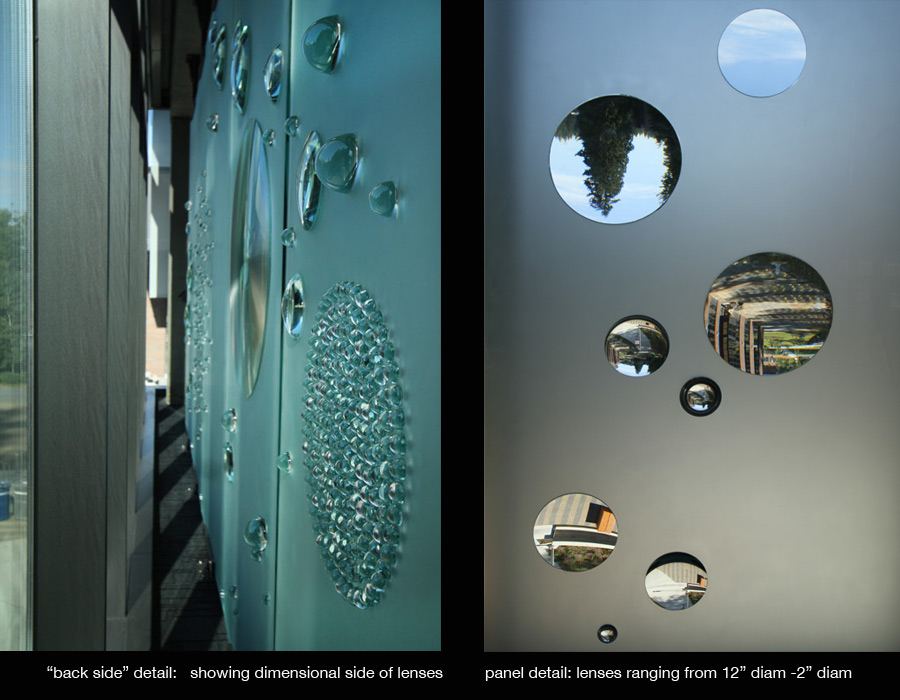 The project is designed to draw your eye away from the white frosted glass and direct it to the many lenses in the project. As the outside conditions change and movement happens, this image will be inverted and visible from the inside. Different distances and perspectives on the piece will provide different views and experiences. Due to the optics of the lenses, this becomes a passive kinetic piece without any moving parts. 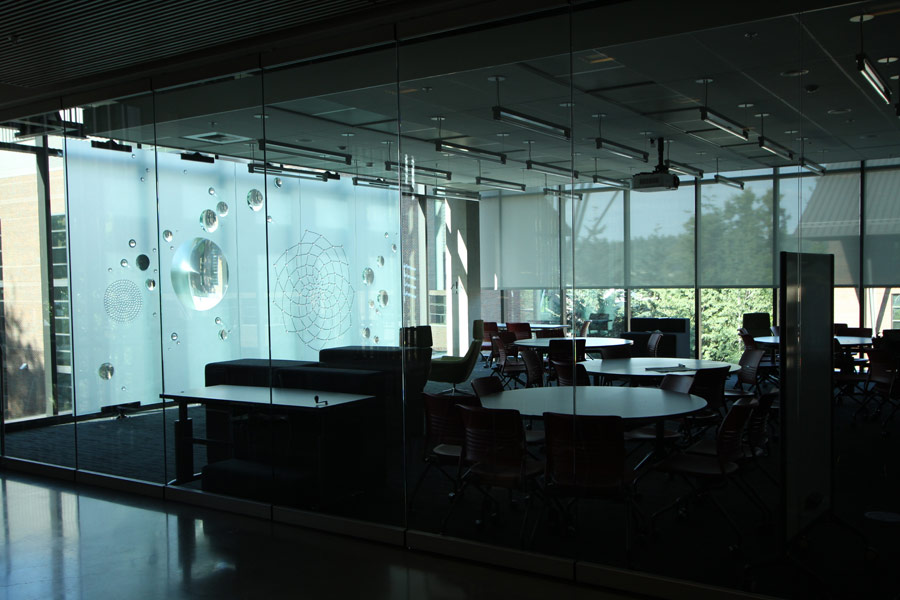 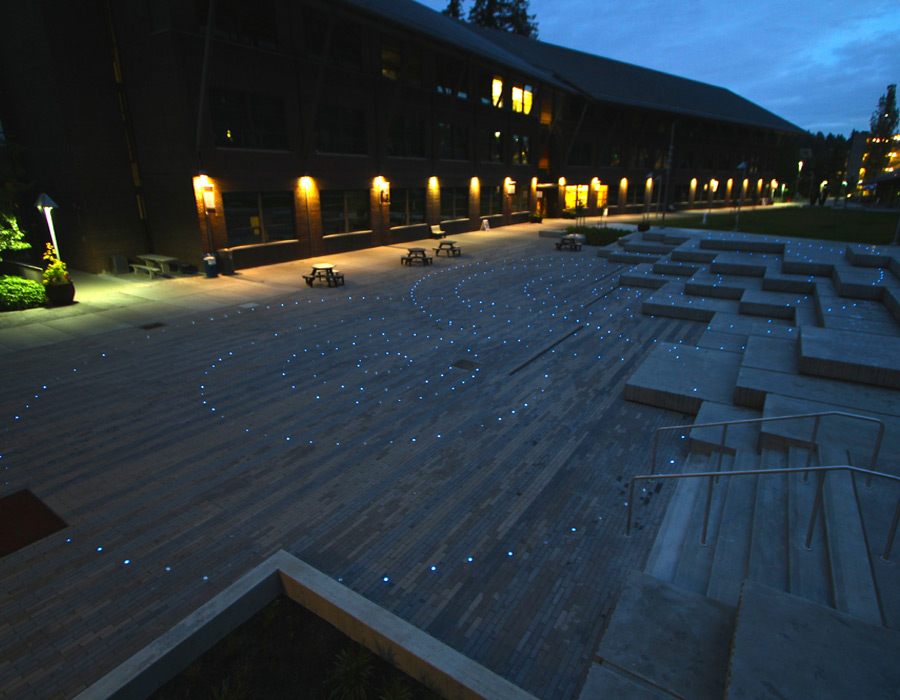 Fibonacci Echoes:
The radiating concentric rings of LED solar lighting are defined in numbers by the Fibonacci sequence and conjure patterns of radiating light, echoes and raindrops. The Fibonacci sequence (a pattern of numbers where a number is found by adding up the two numbers before it) is represented in the architecture of Discovery Hall, but is also found in many natural patterns including spiral galaxies, sunflower seed growth patterns, the chambered nautilus and many other forms of nature. 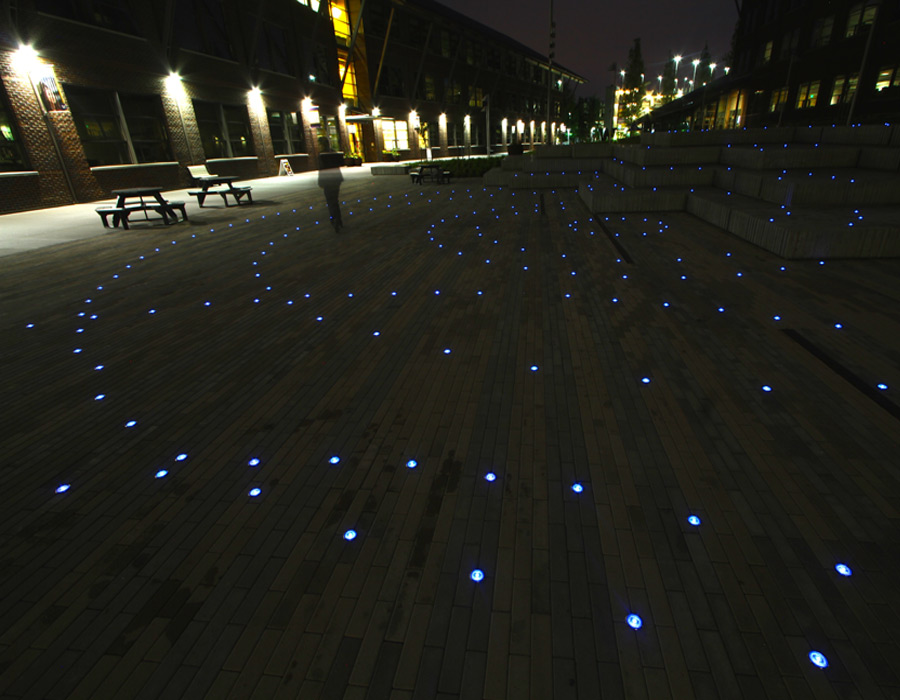 242 solar LED lights make up the radiating concentric rings that are defined in numbers by the Fibonacci sequence and conjure for me the patterns of radiating light, echoes and raindrops. This sequence and the use of light conceptually and physically unify the 2 projects.