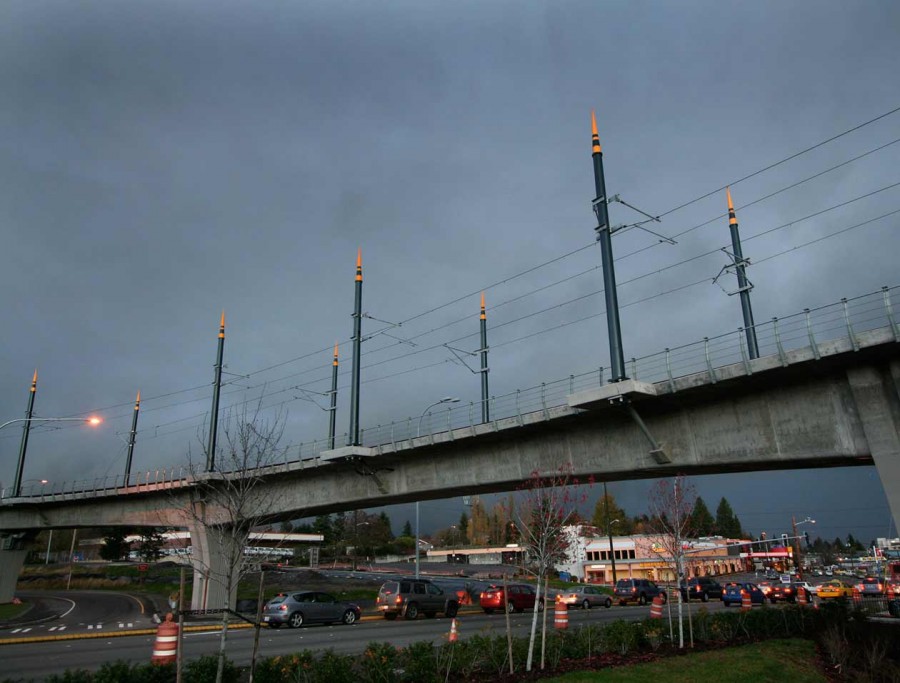 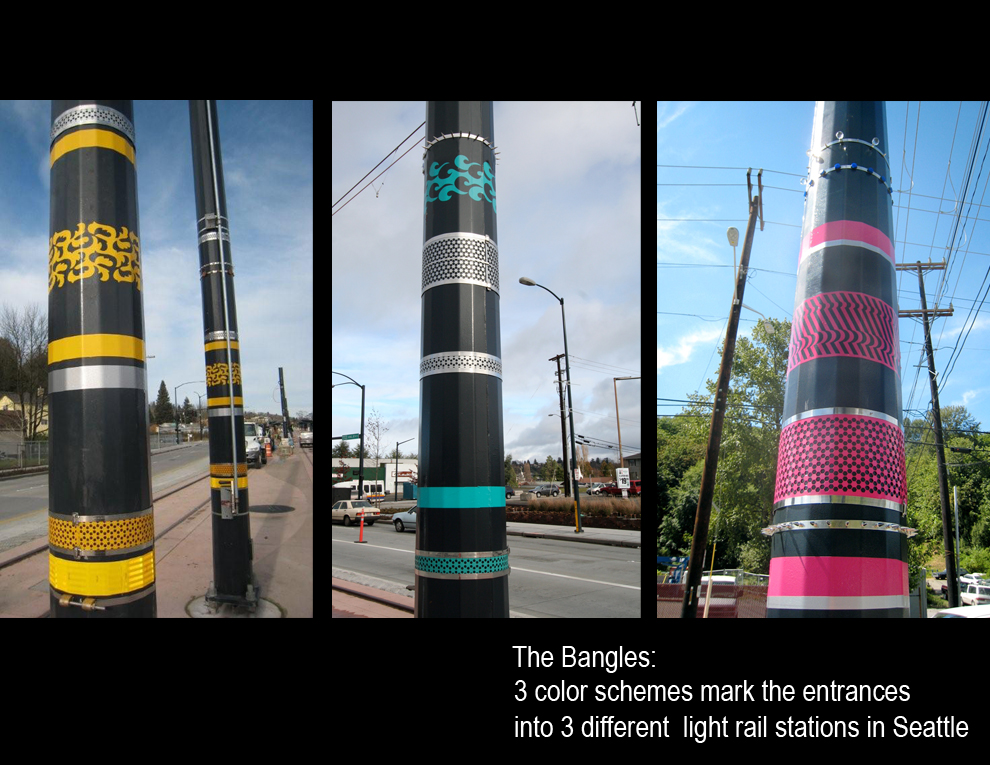 The BANGLES were applied to 15 special poles adjacent to the stations in Seattle's MLK Valley. They are noticeable when the trains slow down approaching the station. Each station has its own signature color. This project was done in collaboration with Norie Sato. 2007 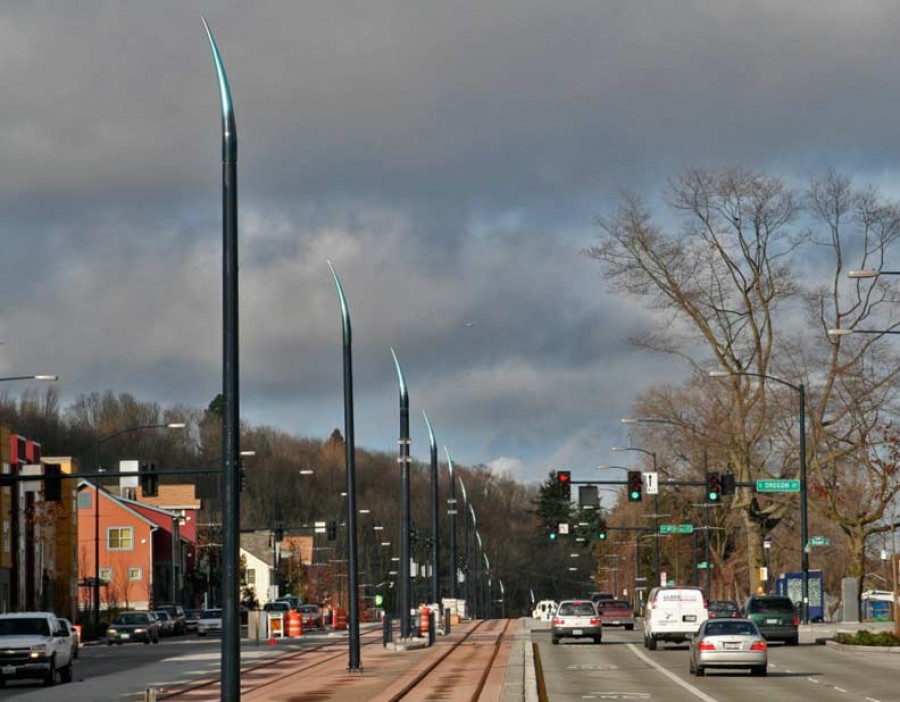 The REEDS are distinctive pole tips that identify the MLK Valley as a special linked community. The tips gracefully curve and blend the dark poles into a metalic sky blue and then to a silver tip. All the tips point West- to the Puget Sound- and to the sunset. The gracefull REEDS tips are part of system-wide art projects developed in collaboration with Norie Sato 2007 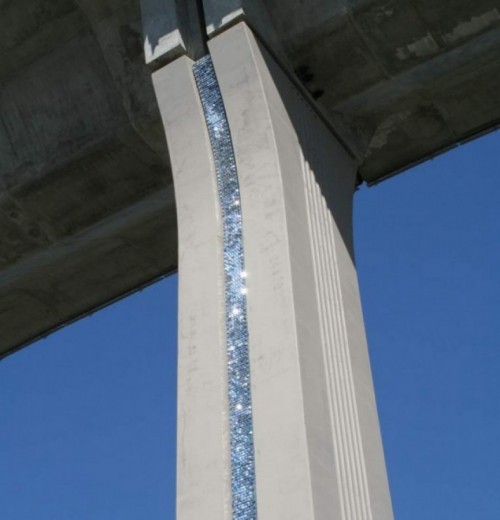 SHIMMERING SHADOWLINES Steel, mylar; 2007. 9 massively tall support columns are articulated with shimmering mylar dots that not only conjure images of water flowing down a trough, but also refer to the “Sparklett’s bottled water trucks” signs from the 1950’s. The kinetic and reflective mylar dots enhance the feeling of motion and anticipation as travelers in vehicles on the adjacent highway move past the dramatic Guideway columns that carry passengers to the airport. This project was also done in collaboration with Norie Sato.