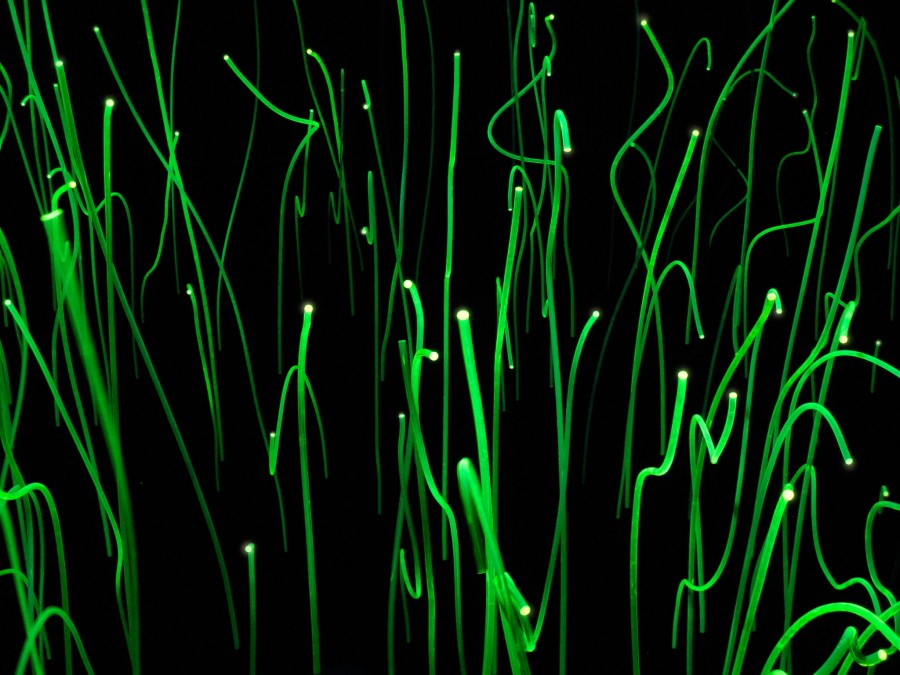 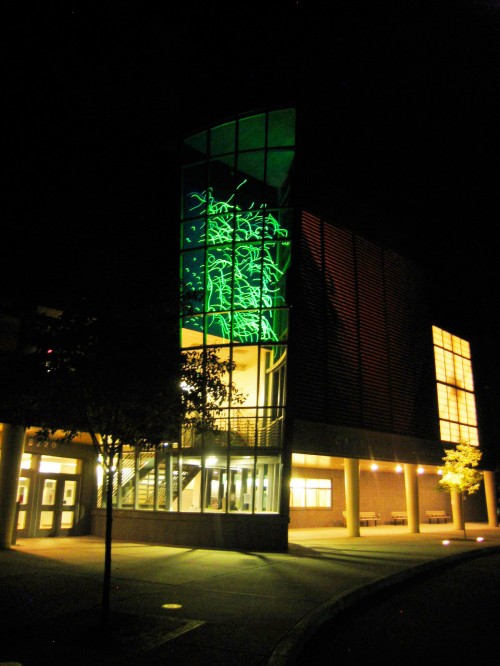 Located at the Cavelero Mid Highschool in Everett WA. this is in the front "Prow" of the new school. Like high school marking the transition between child and adult, this project was inspired by local reedy wetlands (acting as a transition between water and earth). The project utilizes florescent acrylic rods, illuminated in the daytime by the natural UV in the light and at night by blacklights. The field for the piece is cobalt blue (sky or water?) marked with celestial constellations that become launching points for hundreds of twisting luminous reeds (or shooting stars). 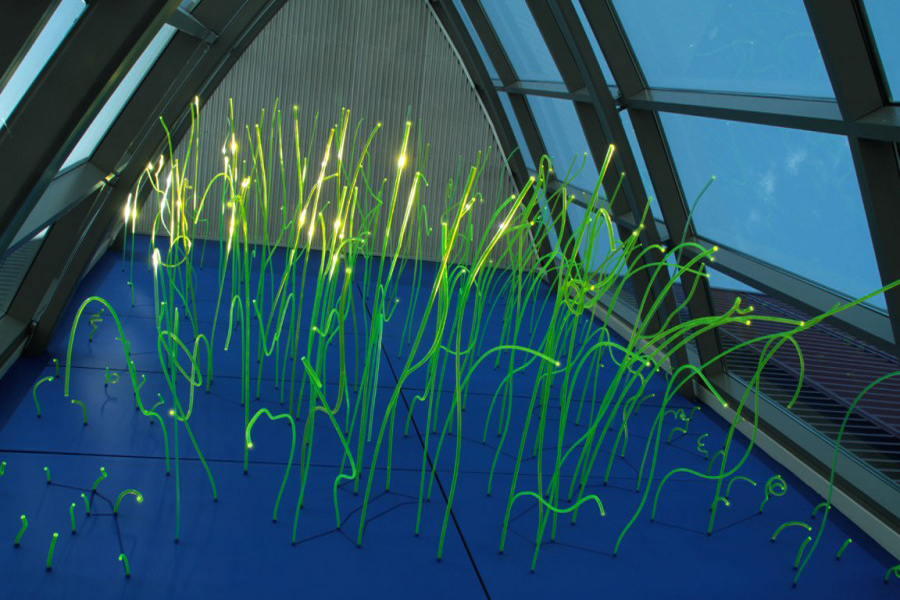 While working on this piece I was imagining slowly paddling along a reed bank watching the reflections of the stars in the water between the green bending stocks. As marshy wetlands act as the transition between land and water (like high school marking the transition between a child and an adult), I became inspired by the complex interplay of forces and growth in these dynamic interstitial areas. Cobalt blue sky (or is it the water?) marked with celestial constellations became the launching point for hundreds of twisting, luminous reeds (or are they shooting stars?) 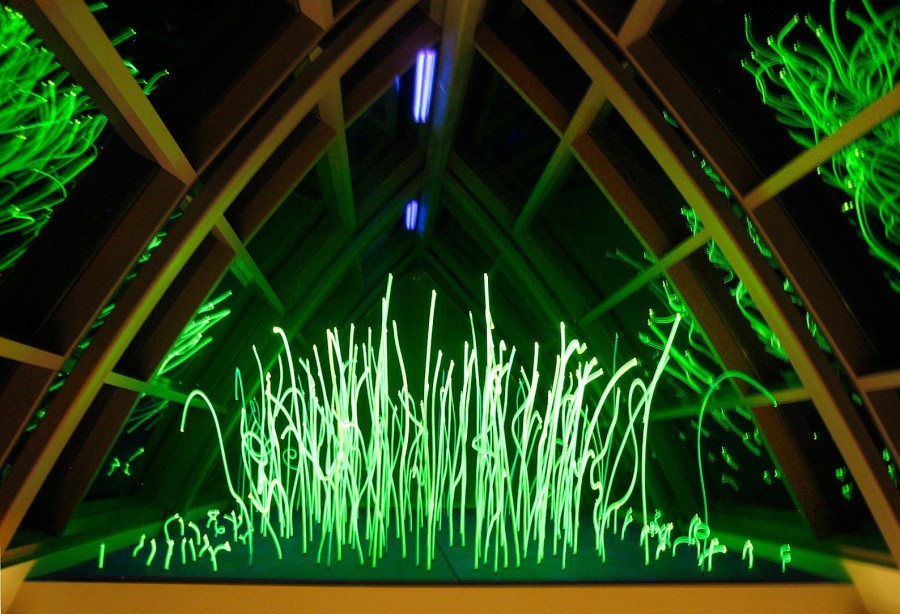